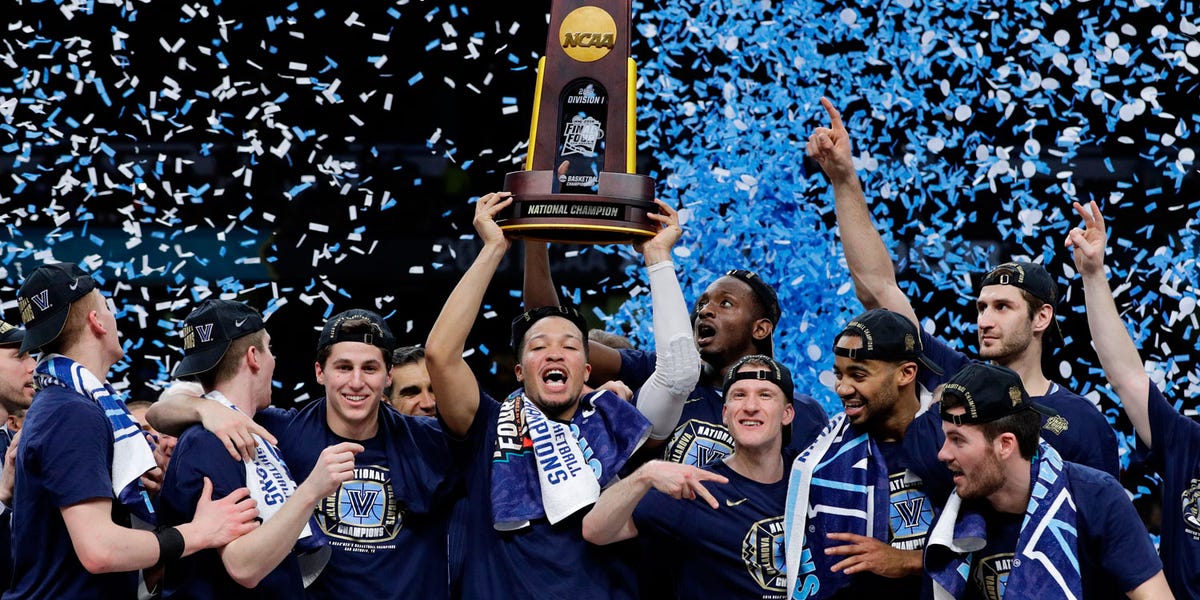 No one has ever gotten a perfect March Madness bracket.

But all brackets, in the event of a tie, require a score prediction in the final game of the NCAA Tournament as a tiebreaker. Even if two people tie in a pool with imperfect brackets, the final score could decide who wins the pool.

Predicting a score can be tricky, and plenty of people like to go off past examples as a framework.

We tracked the scores of every March Madness final going back to 1990 to find the most common result. We averaged the total combined scores of the two teams, the average individual score, and the average winning margin.

The average total score was 143, meaning the average individual score was 71.5 for both final teams. The average winning margin was nine points. Therefore, the average score of the final games over the past 29 years has been 76-67.

The math is imperfect, but 76-67 would be a safe bet to make on a bracket.

It’s also worth noting, however, what went into those numbers.

For instance, averages are affected by outliers. In 1990, UNLV beat Duke 103-73, the largest disparity over the past 29 years. The final game in the NCAA Tournament has been decided by 10 or more points only nine other times.

How likely is the final-score prediction to factor in a bracket pool? Not very. But every pick matters. Nailing the final score could be the difference-maker for some lucky player’s bracket.

Corruption, Scandal And The Multi-Billion Dollar Business Of College Basketball

Football Betting Basketball Betting Baseball Betting Hockey Betting Soccer Betting Tennis Betting Golf Betting Boxing Betting Nascar Betting Other Sports Betting Sportbet offers lines for the NBA, and NCAA as well as all the pre-season games. In both, the NCAA and NBA, we offer 1st half and 2nd half wagers. In the NBA lines will […]